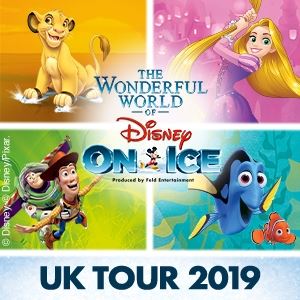 The Liverpool Echo Arena welcomes the wonderful World of Disney on Ice from Wednesday 17 April until Sunday 21 April 2019.

It’s the latest massive tour from the brilliant Disney themed ice skating show which appeals to fans of all ages, with an incredible mixture of characters, songs and dazzling routines.

From Mickey Mouse to Frozen with characters from Finding Nemo, Toy Story and many more classic films these are very popular events so advance booking is advised. Check with Ticketmaster here for availability for Disney on Ice in Liverpool. 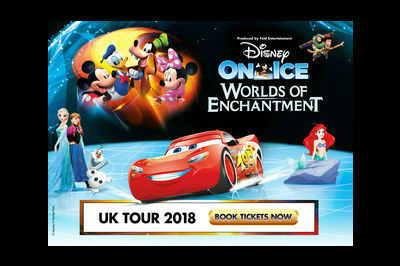 Disney on Ice present Worlds of Enchantment at the Liverpool Echo Arena in April 2018.

Liverpool Echo Arena gets Frozen Live in November and December 2016.

Don’t miss out on all the fun when Frozen comes to Liverpool on the Disney on Ice live tour. Tickets will soon be on sale for this brand new live spectacular with Elsa, Anna, Olaf and all your Disney favourites on the ice.

The show rolls into the Echo Arena from Wednesday 30th November through to Sunday the 4th December 2016. There’s matinees and morning shows at the weekend dates too, guaranteeing there’s plenty of opportunity to see the show.

The Silver Anniversary tour rolls into the Echo Arena from 16th March making it the perfect holiday entertainment for the whole family. Celebrating 25 years as the premier ice dancing events in the UK, Disney on Ice will present a galaxy of your favourite characters, songs and dances live on the ice.

With matinee and evening shows in the schedule there will be plenty of opportunity to catch some old friends in the party of the year.

Returning to the Echo Arena in Liverpool for March 2015 is Disney on Ice with their latest smash hit show ‘Magical Ice Festival’.

With a whole universe of Disney favourites in this spectacular ice skating extravaganza it’s guaranteed holiday fun for all the family. ‘Magical Ice Festival‘ is the new show which also includes songs and characters from the massive Disney film ‘Frozen‘ as well as Mickey Mouse, The Little Mermaid, Tangled and many more.

Tickets are now on sale for the event taking place from Wednesday the 18 March 2015 through to Sunday the 22 March 2015. Children under 2 can go free as long as they are sat on an adults lap too. Saturday and Sunday also feature early morning and matinee performances.

Get ready for excitement as Disney on Ice return to Liverpool in time for the half term holidays, from the 2nd April to 6th April 2014.

Join Woody and Buzz from Toy Story, the revved up motors from Cars and the undersea world of The Little Mermaid in April 2014 at The Echo Arena. Worlds of Fantasy brings together a festival of Disney and PIxar favourites in a dazzling show of ice dancing magic. With amazing routines, brilliant costumes and outfits and all the best songs and music from the films it’s a fans dream come true.

‘Let’s Party’ is the brand new Disney on Ice show for Spring 2013 and it’s sliding into the Liverpool Echo Arena for six whole days of fun family focused entertainment.

From Tuesday the 26th of February to Sunday the 3rd of March, Mickey and Minnie and a whole cast of Disney favourites will be sparkling and shining in this ice dancing event.

With evening shows at 6.30 pm and a range of morning and matinee performances at the weekends, this global celebration of a show is guaranteed to entrance and enthrall Disney fans of all ages. 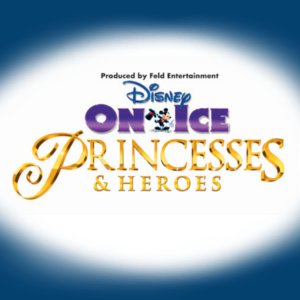 Disney on Ice Princesses and Heroes at the Liverpool Echo Arena.

Disney on Ice present their first show of 2012, ‘Princesses and Heroes’ at the Echo Arena in Liverpool for 5 days. Running from Wednesday the 21st of March through to the Sunday the 25th of March this will be your chance to entertain the whole family as the talented ice skaters bring all your favourite Disney characters to life in this amazing production.

The Disney on Ice team have been putting on these shows since 1981 and with new characters and themes all the team they never fail to dazzle and impress all ages.

Disney on Ice presents Princesses and Heroes for 2012.

That’s right folks, tickets are now on sale for the latest Disney on Ice spectacular in the UK. Following on from the recent smash of Worlds of Fantasy the new show for March and April 2012 is called Princesses and Heroes and as always will feature a glittering collection of the finest Disney characters with amazing ice skating routines for all the family.

Ariel from The Little Mermaid will be there, plus Snow White and the Seven Dwarves, Sleeping Beauty, Bella from Beauty and the Beast plus many other princesses, promising all the excitement and romance of these classic stories on ice.

Check with Ticketmaster for all Disney on Ice shows

This Blog site is not associated with Disney On Ice or Feld Entertainment.

All links are to official ticket sellers including Ticketmaster.

This blog site does not sell tickets directly.